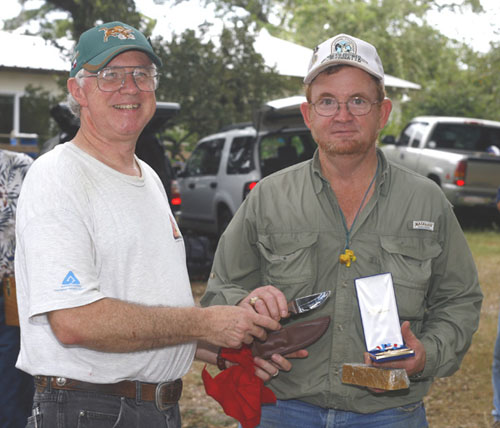 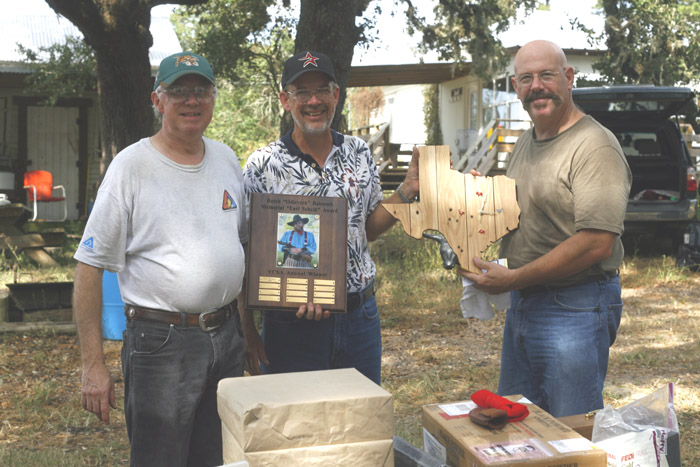 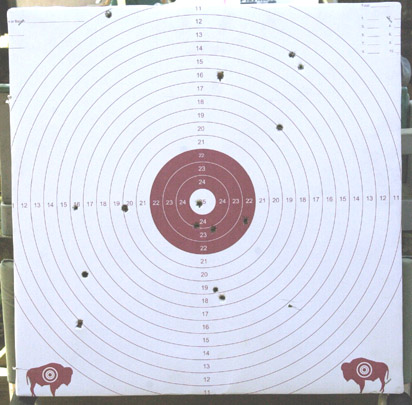 The Butch Balcomb “Earl Schiebe” Ehrenschieb trophy was garnered by new club member and AA shooter, Dick Mills. After missing all of the chickens, Dick recorded as near a center hit on the target as could be hoped for. Everyone else was pretty much shooting for pride after taking a look at Dick’s hit through their spotting scopes. Congratulations Dick and we look forward to seeing what you come up with for a target next year.

Ken Wienken, last year’s champion, was one shot off the pace to claim 2nd place while Don Claxton took 3rd overall (due no doubt to his spotter. LOL) High Master honors, as well as High Senior, was claimed by Tom Berwick, followed by LeRoy Tanner and Gary Krutilek for 2nd and 3rd Master.

David Burger continued his good shooting and claimed High AAA, only 1 shot out of the running for one of the top 3 spots overall. He was followed by Jerry Harres and John Knesek for the next two AAA spots.

Donna Hare ran away with the A class and was only 1 shot behind her AAA significant other, Mark Zimmer. Ralph VanLieu and Berit Pace rounded out the remaining places in A class.

Abundant thanks to all who contributed to the prize pool, and especially to Jerry Harres for the fine knife he created as a donation. I know that Andy will cherish that fine blade.

As always, thanks to all who participated in the work parties to maintain the range and berms. A special thanks go to Mack Morris and Andy Clinton for their heavy spraying of weed killer to bring the growth on the berms under some kind of control.

Thanks for all of those who participated, those who donated, and until next time: